Showing posts from August, 2015
Show all 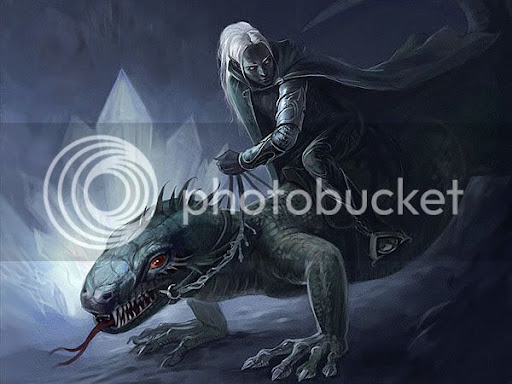 I'm back!  I was out of town on vacation for 10 days, and was able to keep up on my blog and message board reading.  Writing was a bit harder.  I also took time to set up a Patreon.  Seems like all the cool kids are doing it.  No expectations with it.  Everything on the blog will remain free, no rewards or bonus content to those who choose to support.  Just a way for people to say thanks if they want to.  Any funds raised will go towards purchasing more gaming stuff, mostly stuff from other bloggers.  If you want, just click on the link to the right. I wanted to finish of the three elven races of Eska, but struggled a bit with my non evil dark elves.  I was stuck on them, and then one morning in my half-sleep/half awake came up with about half of what is written.  I'm still not 100% happy with this version.  I feel it's still...missing something.  I want to play on the tropes of the dark elves, but different, and not in the Eberron way. On Eska, there are only 10 main h
Post a Comment
Read more 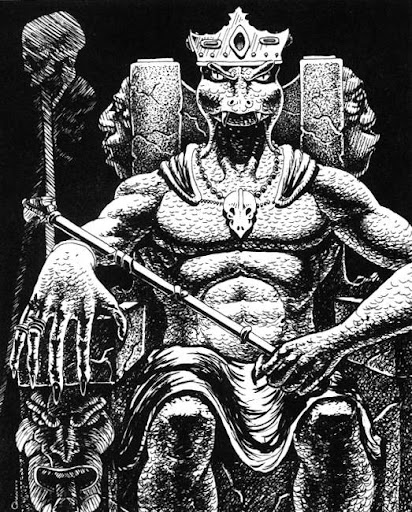 This is from two different sessions.  The first session was short,  and didn't have enough for it's own blog post. With Narcisso's turning of the wights running out of duration, the party scrambled to open the massive bronze doors that sealed the pyramid. Previous sessions can be found here. With only three players, each is playing two characters. My daughter has: Lylas, drow elf rogue thief, level 5 Third, human fighter  sentinel , level 4 One of my boys has: Narcisso, half elf life cleric, level 5 Dravin, human moon druid, level 4 My other son is playing: Jackson, human earth wizard, level 5 Kargash, half orc hunter ranger, level 4 With the wights closing in, Kargash pulls out the rope of climbing and the group scrambles up the first step of the pyramid.  They stood there, out of reach, before just deciding to climb down and fight the wights.  Kargash and Lylas had each taken a hit from the energy drain, lowering their hit point m
Post a Comment
Read more

August 05, 2015
I was starting to put the dark elves of Eska together next, but the story behind the Kinslayer War took center stage instead.  Without shame I stole most of the inspiration from two message board threads, even copy and pasting (and then editing) whole paragraphs. I will note that in the world of Eska, Araushnee was not banished to the Abyss to become a demon lord, merely exiled from Arborea.  The transformation into Lolth has not, but may yet still, happen. To give credit where credit is due, they are: Corellon Larethian Must Be Stopped Why Did Araushnee/Lolth try to Kill Corellon? Kinslayer War The elves have ruled Eska for as long as anyone, including them, can remember.  Legend tells that when they first came to these shores, it was a land teeming with orcs and goblins.  A series of bloody wars lead to the complete annihilation of the orcs, and subjugation of the goblins.   After the elven nations had settled in and began to lead the idyllic lives they are commonly
1 comment
Read more 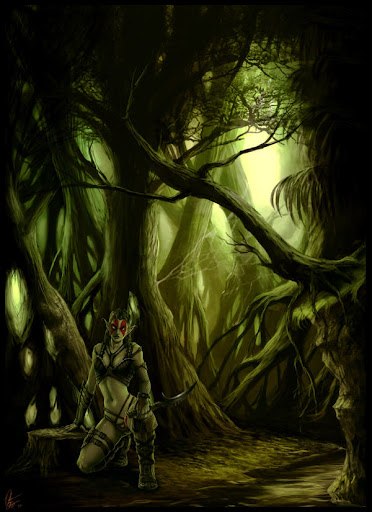 I'm wanting to get the different races of Eska done first, before moving on to classes.  My next in line was going to be dwarves, but they weren't coming together the way I wanted to.  Since the three subraces of elves formed the dominant power before the Kinslayer Wars, I'm going to finish them out before moving on to the other races.  Most of the lore of Eska is only a rough outline I have typed out as well as some nebulous ideas floating in my head, and seems to change and take shape as I write it.  Wanting to provide pictures to go along with my ideas, things get changed depending on what I can find with a Google image search as well, since I have no artistic talent. I've noticed a linguistic shift recently as well, though not as much noticeable in what I've posted.  I've been using this English to Elvish translator to come up with many names so far.  Before the Kinslayer Wars, the elves were the rulers of Eska, and many place names and other "older&
Post a Comment
Read more
More posts