August 12, 2015
This is from two different sessions.  The first session was short,  and didn't have enough for it's own blog post.

With Narcisso's turning of the wights running out of duration, the party scrambled to open the massive bronze doors that sealed the pyramid.

Previous sessions can be found here. 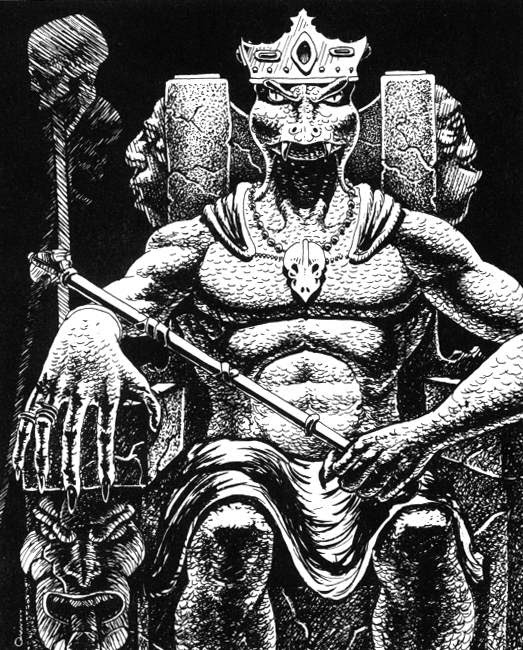 With the wights closing in, Kargash pulls out the rope of climbing and the group scrambles up the first step of the pyramid.  They stood there, out of reach, before just deciding to climb down and fight the wights.  Kargash and Lylas had each taken a hit from the energy drain, lowering their hit point maximum, but Narcisso offset it with an aid spell.

They entered into a T shaped hallway and went to the door on their left.  When opening the door Lylas and Third were dropped into a pit, while a large stone block dropped from the ceiling.  Kargash, Narcisso and Dravin were able to jump out of the way, but Jackson was squished.  He failed his first death saving throw, as Artophanx, his tiny earth elemental familiar started digging him out.  Artophanx freed him as Jackson rolled a 1 on his second death save.  Counting as 2 failures, we had our first party death.  Luckily Narcisso was able to cast a rivivify on him and brought him back.  They used up several of their potions of healing and brought him back up to full.

They entered the room beyond.  A mosaic on the wall depicted Sakatha and lizardfolk fighting against a group of fachan.  After fully stepping in, the fachan stepped out of the picture and attacked the party.  A fun fight, with the fachan stomping, and jumping over the party to block the exit.  The lizardfolk and lizard king stepped out after, but the party made quick work of them, with each of the dead dissipating in a puff of smoke.

Backtracking to the trapped hallway, they carefully examined the door on the opposite side, making sure to remove all traps.  Going in, they saw mosaics on the wall, depicting Sakatha on the hunt.  Lizardfolk and large hounds chasing an ape.  Figuring that this was the same idea as the other side, they quickly shut the door and went to the final door, finding and removing the traps.

They stepped in to a grand dining hall, mosaics of lizardfolk on all the walls.  As they entered, lizardfolk stepped out, "All hail Sakatha, the great lizard king!"  and invited the party to dine.  The group sat down and were served an unending feast.  After eating their fill, they started searching for secret doors, since their was nowhere else to go.  Finding a trap door under the table, they head down.

A short passage lead to a evil temple, where a dozen lizardfolk were watching an Ebon Triad high priest and two priests sacrificing puny lizardfolk young.  The party lept into action, quickly attacking in a surprise round, taking out half of the lizardfolk.

Next round the high priest called down a flame strike, while the priests each cast spirit guardians.  Third, Lylas and Kargash continued to hack into the lizardfolk, while Jackson fired, and missed with a chromatic orb.  Chromatic orb has become a bit of a joke at the table.  The only time that Jackson has hit with it is the one time that he had Disadvantage.  Every other time his dice have been cold.

Narcisso, not wanting to take chances with another flame strike, pulled out his coil of rope and went to grapple the high priest, wanting to tie him up.  Natural 20!  Critical hit.  I ruled that not only did he grapple, but was able to tie him up as well.  Dravin, having been on the receiving end of spirit guardians before, wild shaped into a giant spider and shot a web at one of the priests, successfully entangling him.

The party gained initiative on the next round, and Dravin rolled his recharge on his web.  He fired, and missed the second priest.  Jackson hit him with a fire bolt, and was able to make the priest loose concentration.  Narcisso grappled the priest while Third, Kargash and Lylas finished off the lizardfolk.

They tried to interrogate the priests, but gained no useful info, so they put them to death.  The party has a magical hourglass that allows them to take a short rest in just 1 minute.  It can only be used once per long rest.

Finding a secret door behind the altar, they followed it back and found Sakatha, alert and waiting.  I made Sakatha a combination of a Kyuss spawn and a lizard king, instead of a vampire spellcaster.  Overall, he wasn't as strong as I would've liked, though he did put Kargash down using the skewer ability, and who failed two death saves before Narcisso poured a potion of healing down his throat.

Narcisso, who rarely uses his spells in combat, kept firing off guiding bolt, whose radiant damage kept negating the regeneration, and the Advantage on the next strike proved deadly as well.  The skewer and the healing it provided did keep Sakatha in the fight for a bit.

The plan was for the priests in the previous encounter to fall back and fight with Sakatha, but players do have a way of ruining plans.  They countered the priests masterfully, so they made the next fight easier for it.

With Sakatha slain, they were able to soon find the prisoners.  The captured soldiers from Blackwell Keep, some villagers, and Marzena, the sorcereress they came to Blackwell Keep to see.  On the way out, the stopped in the dining hall, and let the underfed prisoners to get their fill from the unending feast before returning to Blackwell Keep, where Alustran was arriving with the reinforcements.

Marzena had no real new information about the wormspawn, only that their numbers in the Cairn Hills has increased.  Alustran does have another friend, a sage in the City of Greyhawk that may be of some help...


Skewer.  Once per turn, when the lizardfolk makes a melee attack with its trident and hits, the target takes an extra 10 (3d6) damage, and the lizardfolk gains temporary hit points equal to the extra damage dealt.

Regeneration. Spawns of Kyuss regain 5 hit points at the start of its turn. If the creature takes fire or radiant damage or if holy water or holy objects are held to its wounds, it does not regenerate that round.
Actions


Multiattack.  The lizardfolk makes two attacks: one with its bite and one with its claws or trident or two melee attacks with its trident.

Claws.  Melee Weapon Attack: +5 to hit, reach 5 ft., one target.
Hit: 5 (1d4 + 3) slashing damage plus 3 (1d6) necrotic damage. The target must also make a CON save vs. DC 11 or be cursed with a leprous disease. The target cannot regain hit points and suffers disadvantage to all Charisma ability checks. The curse can only be removed with a Remove Curse spell.

Worm Infection.  Melee Weapon Attack.  +5 melee weapon, reach 5 feet. As a bonus action, worms leap from Sakatha onto an opponent. If an attack succeeds, the target must attempt a Constitution saving throw with a DC of 11 to avoid infection by the worms. A failed save means the target takes 3d6 necrotic damage. If the target dies, worms will spread through the body and bring the corpse back as a spawn of Kyuss.

The spawn of Kyuss stats are courtesy of Douglas Easterly at Swords of Athanor.
http://swordsofathanor.blogspot.com/2014/11/5th-edition-monster-conversion-son-of.html
Age of Worms play report