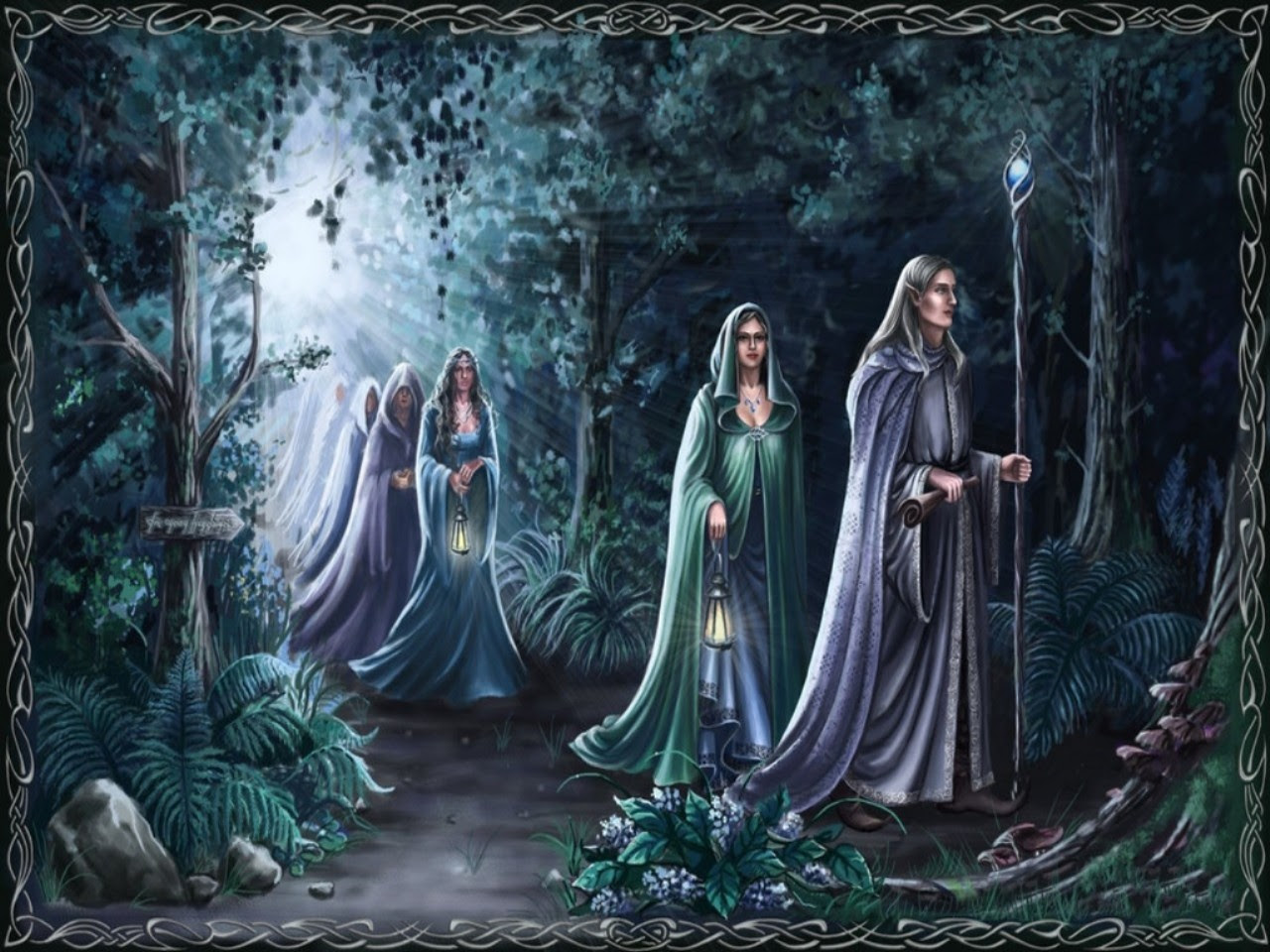 Recently this has been gnawing at the back of my mind.  Were the dark elves so much more numerous to begin with?  I didn't have them creating a new race to fight for them, so what's the deal there?

Then, Jens D. over at the Disoriented Ranger gave me the answer I needed (buried in an old post).  Elves are immortal!

All elves are immortal.  "Ethereal and immortal beings with only one foot in reality", the other in the Feywild.  They don't get sick, age, or die.

On the other hand, they don't reproduce or advance in level, either.  To do these things, they must give up their immortality.

Most gray and wood elves never do, choosing to stay as your standard immortal elf.  A few do.  Sometimes to reproduce.  Others choose to study as wizards, feel a calling of the gods, or have a need to adventure.

The neat trick is, they can always regain their immortality, but only once.  So a gray elf wizard could advance to, say, 13th level, then "retire", become immortal again and not advance anymore.

The dark elves do it differently.  Being the warrior class, most of them are not immortal, just merely long-lived.  They breed, and are much more numerous.  Araushnee, being a goddess of fate, has her dark elf worshippers have to pass a test to prove they are worthy of becoming immortal.  Many of the generals and upper command have proven themselves, and are immortal.
elf Eska