Encounter at Blackwall Keep/Tomb of the Lizard King mashup. Part 1

March 22, 2015
With scheduling conflicts caused by a busy Girl Scout Weekend, we were able to only squeeze in a short session for our Age of Worms campaign that I run with the three kids.  They were a bit scattered at the beginning of this game as well, which kept us from moving along as much as I would've liked, but sometimes you need to let them get it out of their systems. 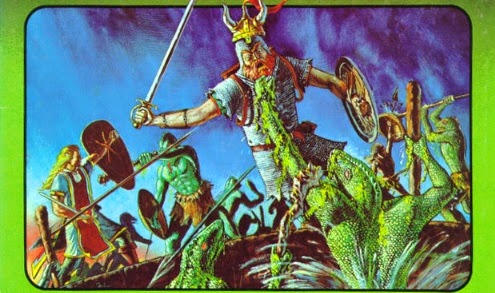 Our previous Age of Worms sessions are here.

In our last session, they were able to deal a crushing blow to the Ebon Triad in the Three Faces of Evil, wiping out cults of Vecna, Hextor and Erythnul.  That victory brought a period of peace to Shingas, which gave the campaign a year of downtime, and a chance to make use of the downtime activity rules.

Lylas used the year to extend her criminal contacts in Shingas, train her rapidly growing young owlbear, and learning proficiency with the poisoner's kit.  Third learned proficiency with leatherworking tools, since they had found a set down in the Dourstone mines.  Narcisso preached to the elven inhabitants of Shingas, laying the groundwork to build a temple.  Dravin went to the druid's grove outside of town and tended to the wilderness.  Jackson spent the time crafting and selling alchemical items.  Kargash went back to patrolling the woodlands with the Quippa Rangers.

Their friend Alustran the Mage contacted them.  He's been doing research on items they pulled from the Whispering Cairn and information that they got while in the Dourstone Mines.  He'd like to investigate further.  However, a friend of his, the battle mage Marzena from Blackwall Keep has contacted him about green worms in the Cairn Hills.  This seems to tie in with the Ebon Triad, so he wanted the party to come with him to Blackwall Keep to investigate.

The first couple days of the journey were quiet, full of pleasant conversation with Alustran about his adventuring days and the sharing of riddles.  The second night they stayed at The Robin's Breast, a roadside inn.  The place was nearly deserted, with only a handful of locals, and a minstrel who played "The Ballad of Sakatha", much to the displeasure of the locals.

On the third day, the party were ambushed by lizardfolk while crossing a bridge.  A dozen lizardfolk attacking from all sides, even climbing out of the water and over the sides of the bridge.  They were surrounded!  Jackson and Dravin started with thunderwaves to the rear and right of the party, while Alustran hit the left side with an ice storm.  Kargash attacked the wounded ones to the rear, further wounding two of them with his hoard breaker ability.  Narcisso, Third and Lylas joined melee with the lizardfolk to the front.  The lizardfolk started hitting hard with their great clubs and bites, Third taking two critical hits!  Alustran, Jackson and Dravin were rushed by two lizardfolk each, who attempted to grapple the spellcasters.  Jackson and Dravin managed to slip away, but Alustran was grabbed and pulled over the side of the bridge.  Lylas disengaged and rushed over to help, killing one of the lizardfolk holding the mage, but he still struggled to escape the other's grasp.  Kargash managed to hold the rear, killing another, while Third and Narcisso the front, each slaying one.  Jackson launched another thunderwave, killing two, while Dravin finished off the last on the right with a shillelagh.  The party was gaining ground, but Alustran was still being drug downstream, unable to escape, while Lylas was struck by a series of bad rolls and was unable to help.  Jackson started throwing chromatic orbs to free up Third, and she was able to kill the one dragging off Alustran.  Kargash and Narcisso finished off the last remaining lizardfolk.

That night, while on guard duty, Third saw an ominous sight... 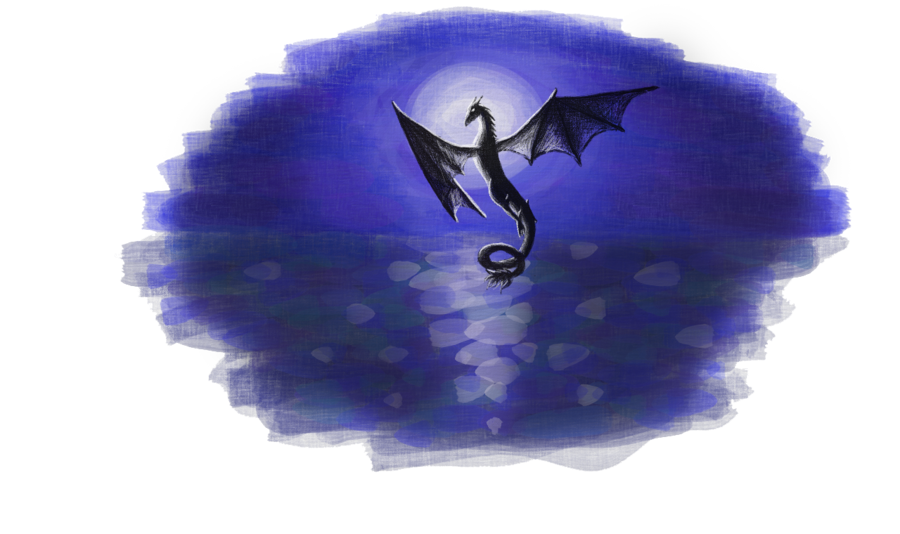 She woke the rest of the party, but it flew off.

Things looked grimmer the further they traveled.  They came across a wounded soldier, Barto Trume.  His patrol from Blackwell Keep was also attacked by lizardfolk, a group of over forty, while his patrol was all either slain, captured, or scattered.  Barto himself was captured for a time, and drug into the swamps before he managed to escape.  He joined the party for the trip back to Blackwell Keep. 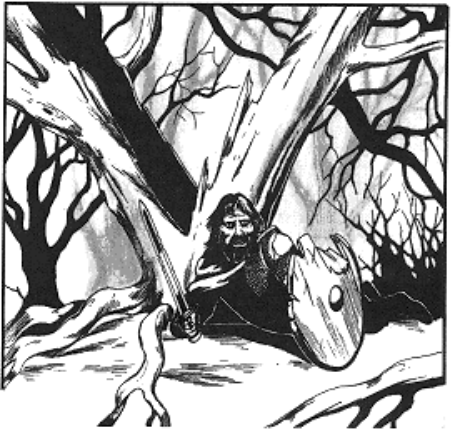 Later that day they came to the village of Waycome.  Most of the buildings and all of the farmlands burned to the ground.  The town was deserted, except for one, Busby the innkeeper, who was in the process of packing up the last of his belongings.  He told the group of lizardfolk raids upon Waycome, which forced the inhabitants to flee.  He was joining them, the only inhabitant left behind a crazy old hermit that lived near the edge of the swamp...
Age of Worms play report