November 08, 2014
Back with another shield from Dragon Magazine #89, today we get Shoon's Buckler. 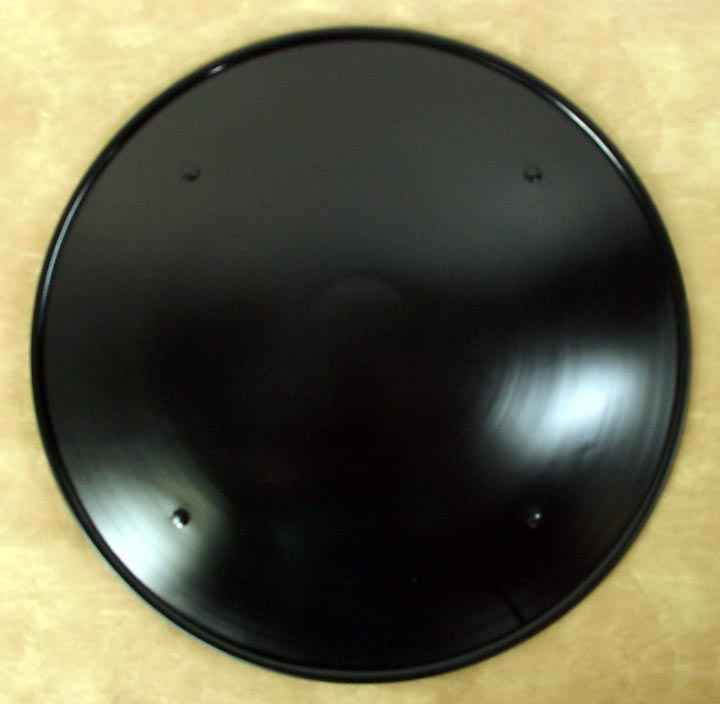 Shoon’s Buckler
Unique magical shield, requires attunement
The adventurer Shoon briefly possessed this magical shield. Its true origin is unknown, but he seized it from the body of a slain male drow during a battle deep beneath the Hill of Lost Souls. Amongst the drow, as speak with dead has revealed, the buckler was known as a “blink shield”; it was unique, and its making a mystery.  Shoon later gave the shield to the fighter Gorlaung “Blackhelm” in exchange for training; Gorlaung fell in battle with orcs in the Stonelands, and his body was stripped of weapons and valuables by his slayers.  The present location of the Buckler is not known.


The Buckler is a 1’ diameter disk of black metal with a fist grip, all fashioned of one piece, and bearing no inscriptions.  Despite its small size, the Buckler functions as a +2 shield. Its other easily discernible power is the ability to glow upon mental command.  It sheds bright light in a 20-foot radius and dim light for an additional 20 feet.  The light dies away to nothing at will.  This power is discovered whenever an attuned wielder thinks about the poor light, wishes he could see better, or so forth. Whenever the Buckler sheds light, two words in the common tongue will appear in small glowing letters around its inside edge: “Sekoe,” and “Brund.”


If the word “Sekoe” is spoken, the Buckler will levitate for up to 6 rounds.  The shield can carry or support up to 600 pounds of weight resting upon it or suspended from it, and any number of creatures or objects can make up this cargo. If its load ever exceeds this limit, the shield will instantly cease to levitate for at least 6 rounds and will fall.


If the word “Brund” is spoken, any other active shield powers cease; then the shield and the attuned weilder will blink, as per the spell, about the location of the shield when it was activated, for up to 7 rounds.


These powers can be used repeatedly in consecutive rounds and in any order (although only levitate and light can be used in combination) if the commands are known.  Anyone who discovers the Buckler will not be informed of any facts about its operation by any revelation or by magical means short of a wish, but must learn them by trial and error.
magic items