November 09, 2014
The final installment of this Ed Greenwood article from Dragon Magazine #89!  Another with no magical bonus to armor class, but with a completely random effect!

I'd rule that if a wild mage sorcerer had gained proficiency with shields and wielded this one, that they could add or subtract their spell attack modifier from the roll.  I'd probably do this with any magic items that had a random roll. 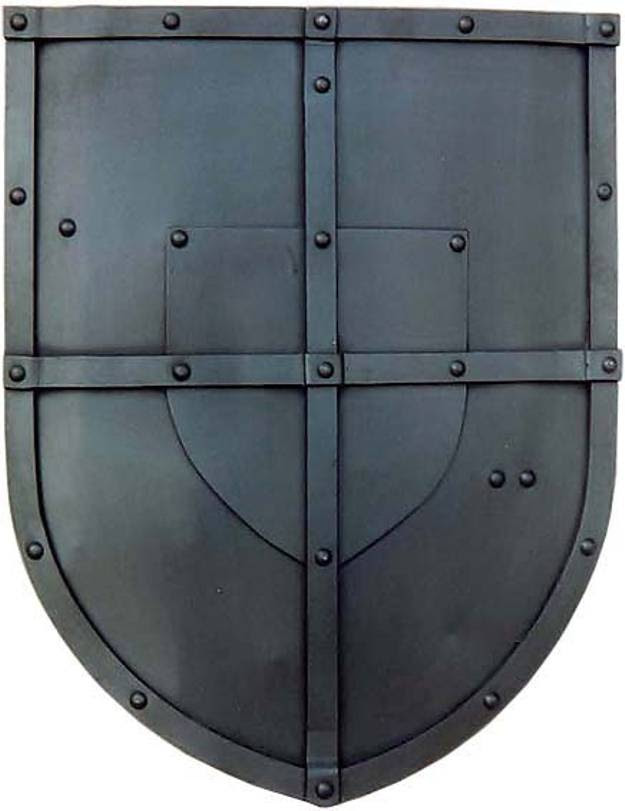 Grimjaw
Unique magical shield (requires attunement)
Named for the small common tongue inscription found deeply engraved on the inside top rim of the shield, this plain iron shield is dented and blackened, and of normal and unassuming appearance. It bears no rust, and rusting will not affect it regardless of the handling it receives, due to protective magics cast upon it.  Grimjaw was first identified by the sage Ragefast of Baldur’s Gate, as borne by the adventurer Krystus and having a certain awesome power described hereafter. Krystus the Proud soon met his death at the hands of a dwarven patrol half a world away, in the mountains near Tethyamar, in a dispute over passage through the dwarven mines there.  Grimjaw is known to have been in the hands of the ruling dwarven clan Iron House for many years, but was lost in battle when orcs and evil mages drove out or slew all the dwarves of Tethyamar. The present head of the Iron House, Ghellin, wishes to regain the shield.

Grimjaw confers no magical armor class bonus to its wearer, but it has a powerful ability to affect any magical items that come into direct physical contact with it, regardless of the shieldbearer’s wishes. The effects of any single such contact are determined by percentile dice roll, as follows:

If a magical weapon or item is wielded against the shieldbearer, and the item misses the armor class of the shieldbearer by 2 points (i.e., scoring what would have been a hit except for the shield’s presence), then it is considered to have struck the shield.