December 13, 2014
The Sword of Assassination was originally written by Bruce E. Wright, but here merely provides inspiration for my write up here, since his version relies heavily on the AD&D assassination rules.  Hopefully I roll well on my 2d20. 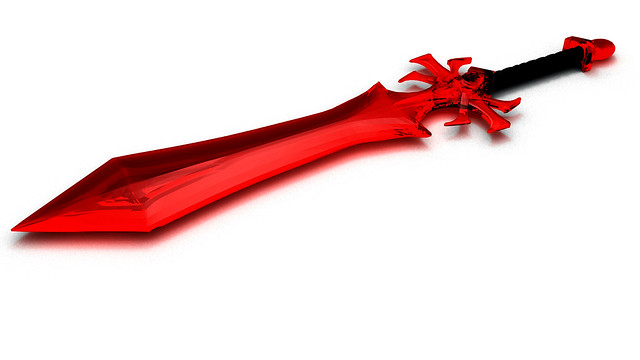 Sword of Assassination
Unique magic sword
The sword of assassination, also known as the ruby sword, is a potent weapon in the hands of an assassin. If handled by any other type of character, the sword appears to be (and can be used as) a regular blade.

When used by an assassin character, the true nature of the sword of assassination is revealed.  It appears as a short sword made of ruby, with a dull red glow to it, enough to shed dim light.

The sword of assassination has the following special abilities in the hands of an assassin: