February 10, 2015
Once again only one session this weekend, but it was a good one. 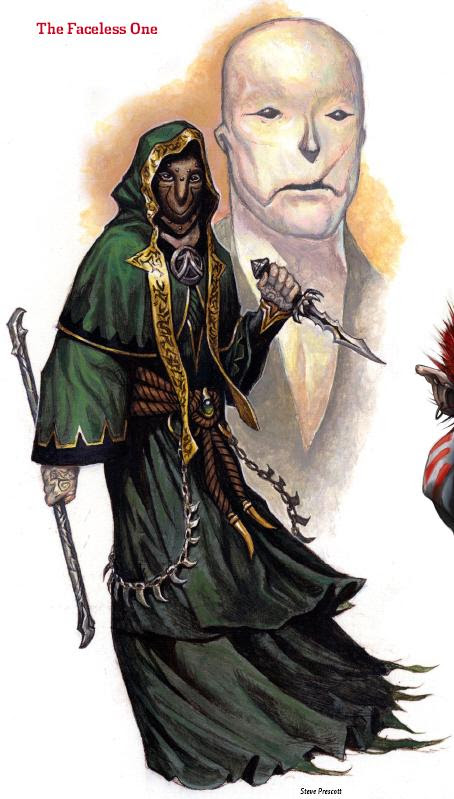 They finished up the Labyrinth of Vecna this session.  After getting ambushed by the 1st group of kenku last session, they continued through the maze.

After finding a couple secret doors that were in obvious areas, they were actively searching, and a few that they found kept them away from the one kenku patrol that was tracking them.

The party was about to enter the room the kenku leader and shaman were located when the patrol caught up.  A mimicked call got them to turn just as Lylas was about to open the door, also alerting the kenku on the other side.  Gaining the initiative, Kargash charged ahead through the twisting corridor, wounding the lead kenku.  A total of three kenku advanced around him, all three scoring hits, one critically.  The others advanced past, cutting him off while the other three advance past Kargash and strike at Jackson, Narcisso and Dravin.  Jackson hits one with a firebolt, while Dravin wildshapes into a giant spider.

The group all turns to take on the kenku approaching behind them as the doors swings open and more kenku come pouring out, as well as a 3-charge blast from the sorcerer's wand of magic missiles that struck Rurik.  Fighting continued for several rounds, but they won in the nick of time.  5 of the 8 characters were in single digit hit points, and Rurak was unconscious after another 3 charge magic missile strike.

After using up all of their hit dice during a short rest after defeating the grimlocks, they had no choice but to take a long rest.  A thorough search of the chief's room revealed no secret doors, so they barricaded themselves in.  With all the kenku cleared out of the labyrinth, I figured they could get away with it.  The Vecna acolytes further on would know something was up, though, and be on the lookout.

After quickly dispatching the giant weasels, they found a secret passage leading into the Temple of Vecna beyond.  They saw the two acolytes by the altar, with patches of shadows in the room.  Lylas and Kargash ran ahead, pulling out rope.  They were able to quickly grapple and tie the cultists up.  Third and Dravin joined them.  That is when the Allip struck.  It's gibbering wail caused the group to roll saves.  Strangely enough, the four that ran ahead made their saves, while the four that rolled lower in initiative failed their saves, becoming charmed.  Lylas, Kargash, Third and Dravin attack, while Kargash is struck by the allip.  Their focused attacks were able to drop the allip after a couple rounds, just as The Faceless One and two more acolytes burst in.

The Faceless One casts cone of cold, Kargash and Third failing their saves and dropping unconscious, while Lylas and Dravin succeed, but still take a beating.  The acolytes cast a couple of guiding bolts at Rurik and Narcisso.  Dravin casts a spike growth centered on where the Faceless One and his acolytes are, while the rest of the party fires with ranged weapons and spells.  The two tied up, but ungagged acolytes attempt command spells (verbal component only), but the targets succeed their saving throws.

I roll initiative every round.  After the most of the party losing the last round, they all one in the second.  A Melf's Acid Arrow from Jackson with a great damage roll dropped the Faceless One, while a thunderwave from Dravin pushed back one of the acolytes.  A great synergy was discovered, as the thunderwave pushes back 10 feet, while creatures moving through a spike growth takes 2d4 damage for every 5 feet traveled, on top of the thunderwave.  A poisoned dagger thrown by Lylas finished off the last acolyte.

After some looting, we ended the session.

5e conversion notes are fairly simple.  The kenku and giant weasel are in the Monster Manual.  I'll post my allip conversion soon.  Made use of the NPC section of the Monster Manual again.  Fast becoming one of the most useful sections.  For the acolytes I used crazed cultists, and the Faceless One was a mage.
Age of Worms play report